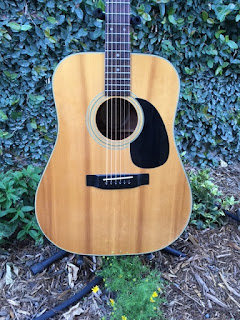 Today we are going to look at something a little different today - a pretty cool budget acoustic guitar that I picked up from Craigslist. This is an early 1990s Goya G-312 6-string dreadnaught. 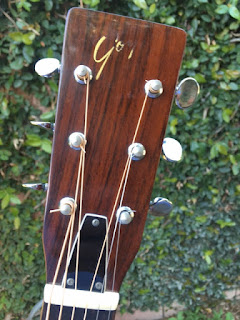 Goya guitars were an offshoot of Sweden’s Levin, and were an effort for the company to enter the US Market. Martin bought the Goya brand in 1976 and used it to produce budget instruments overseas. This was particularly important to them as around that time many Japanese companies were building guitars that looked just like theirs, and it was hurting their business. So, the Goya brand was Martin’s effort to fight back. Initial production was in Japan, and eventually was moved to Korea. Martin gave up on this experiment in 1996 and eventually sold the name to a food company. Goyas are generally good guitars, though they were not wildly successful. 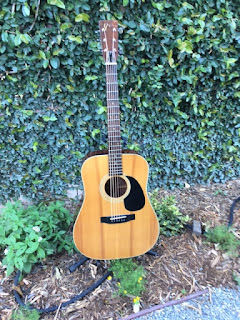 The G-312 guitar that we are looking at today was probably built in Korea, though it is hard to get an exact date as there is no serial number and very little information about these instruments online. I am thinking it is from the early 1990s. The model name is a complete mystery, as this is pretty much a copy of the Martin D-18 dreadnaught and nothing seems to correspond to this. The “G” might stand for “guitar” or “Goya” or “good enough.” Who knows? As far as the “312,” that is anybody’s guess. 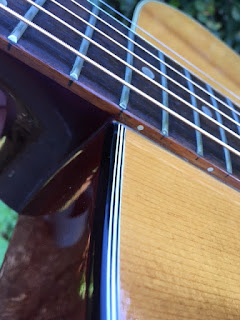 The triple-bound body has the traditional broad-shouldered shape, and there are 14 frets clear from the body. The top appears to be solid spruce, and the back and sides are mahogany, though I cannot tell if it is solid or a laminate. I am going with laminate until I figure out otherwise. The neck is mahogany with a rosewood overlay and a silkscreen inlaid logo that is fading, and the fretboard is rosewood too. The bridge is painted to look like ebony. Sad. 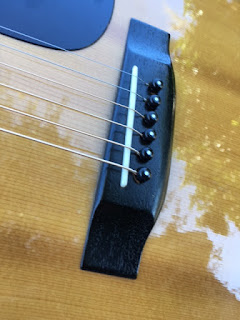 This guitar had been played regularly and was kept in a loving home, so it did not really need much attention when I got it. It has a good set-up and there are no repairs or unsightly damage to speak of. 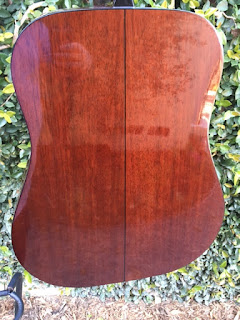 It plays very well. The neck has a pleasantly rounded profile that is fairly slim and fast, and the tone is very rich and loud. The sounds is well balanced from string to string, though I think it would be nice to find a compensated bridge saddle as the intonation is just a touch off. Also, the sealed tuners are cheap and do not hold as well as I would like them to. But, it is certainly good enough for anything I will be doing with it, especially at the bargain basement price I paid for it. 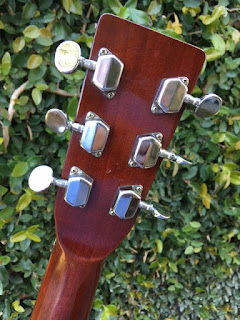 I rarely see Goya guitars on the market as once players get their hands on them they do not let them go. Generally they are solid instruments, but it is a good idea to try before you buy (be careful with eBay), as I have run into a few clunkers and shoddy repairs. If you have one, post a comment below, I am curious what you think! 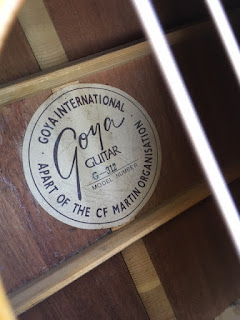